Reddit has been unanimously considered and self-proclaimed as the ‘front-page of the internet’ since it launched back in 2005. With over 430 million monthly active users, 42% of them being aged between 18-24, the social discussion website provides innumerable opportunities for universities and colleges to advertise courses based on interest, demographic, location and more.

The website, built on the idea of users sharing and responding to content from across the web via ‘subreddits’, has built an active user base that far exceeds the likes of Twitter. Last year alone, Reddit’s monthly active users grew by 30% YoY. What was once a forum for users to share pictures of cats and dogs, has turned into a data-base machine with a $3 billion evaluation.

As an advertising tool, Reddit provides contextual targeting like no other platform could, with over 130,000 communities based on groups of people with similar interests. This includes subreddits unofficially used by university students.

With that being said, it begs the question, why is the social discussion website so neglected when it comes to marketing campaigns? A website with such a vast database of users, predominantly aged 18-24, could surely provide a long list of opportunity for University clients?

Over the past decade, Reddit has indeed grown its advertising side of the company, but not with ease. It is a collective thought between advertisers that running campaigns on the website often leads to profanity and backlash. Reddit is known for having a community that doesn’t take kindly to advertisements and therefore when brand safety comes at the top of the list for advertisers, Reddit does not.

However, in the last couple of years, Reddit has been making vast improvements to place itself against the likes of other platforms such as Facebook, Google and Twitter.

With co-founder, Steve Huffman, describing Reddit as a ‘dystopian Craigslist’, the site underwent a large redesign in 2018 and, whilst the redesign did not have the prime intention of benefitting advertisers, it did “create stronger engagement on ads” according to VP of brand partnerships, Zubair Jandali.

The new website offered a change in layout that presented greater opportunity for native advertising and this was significantly supported by new ad-buying tools and dashboards introduced at the end of 2017.

In more recent months, the platform has also taken a stronger and more direct approach to certifying brand safety. In 2019, Jandali expressed their commitment to tackling Reddit’s wild-west perception, stating to The Drum “It’s always prior to any interaction with us that [advertisers] express that as something they care about, but once they’ve worked with us for the first time their full attention is on the opportunity, not the perceived risk.”

Despite this, brand safety is still an important hurdle yet to be fully tackled. Whilst the website tries to hide it’s ‘dystopian Craigslist’ past, it still can’t hide the fact that it suffers from subreddits that support unconventional (to put it lightly) views that have not been appropriately resolved. Just recently Reddit moderators have been campaigning to add policies banning racism on the platform with some users even creating their own bots to remove racist posts. This is a clear reminder as to why, even despite the growing audience, advertising on Reddit has been side-stepped by many.

So, what is changing in 2020 that could have agencies and advertisers take the step into adding Reddit as part of their marketing strategies for 2021?

Just last week Reddit launched ‘Ad Inventory Types’ which is the tool that advertisers have needed to manage the dreaded profanity and hypercriticism. The new feature, introduced in September this year, gives advertisers more control over where their ads appear based on campaign objectives, brand safety requirements and targeting goals through a tier system.

Not only that, but the platform has introduced stricter controls on communities where ads can appear. From their recent blog post they announce “Ads on Reddit can only appear in communities on our hand-curated allowlist, and all advertisers will continue to have the choice to enable or disable comments on their ads, as well as exclude certain keywords and communities based on their individual preferences.”

This is a clear step from COO Jen Wong to heavily push advertisers and brands to on-board Reddit as a prime part of their marketing campaigns.

Reddit isn’t stopping there though, and the front-page of the internet is taking on London with a new office, already reportedly securing partnerships with Samsung, Netflix, PlayStation and Pringles.

It is clear from these steps; the platform has become a lot more serious when it comes to the UK advertising market. We expect that with the new team in London, Reddit will be making further moves into the advertising space.

The tackling of brand safety through new Inventory Types creates a solution to a problem that advertisers were wary of, and with a new London office to help lead the charge, Reddit is certainly going to become a more popular option for many advertisers in 2021.

Hi guys! This is Sally and thank you for considering my review blog. If you are looking for impressive tools for your Internet Marketing Business, this blog is absolutely for you. Here I will show you my objective evaluations about features of product and my personal experience as well. Do not hesitate to contact me at sally.kiwireviewz@gmail.com.
Previous The Best Instagram Marketing Tips for 2021
Next 8 Key Digital Marketing Trends for 2021 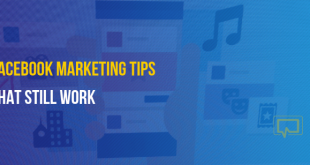 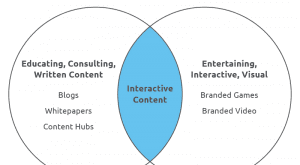 If you want to make money in 2021, we have a few great passive income …

Powered by WordPress | Designed by TieLabs
© Copyright 2021, All Rights Reserved